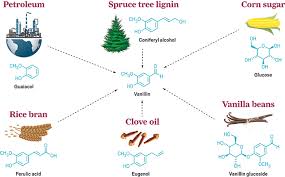 Nestle is one of the largest food drink conglomerates in the world. It has more than 450 factories and operates in more than 150 countries with roughly 400,000 employees. Its US arm has roughly 100,000 employees, USD 41.5 Bn in turnover and 159 factories.

In 1997, Nestle US decided to implement an ERP system, allocating a budget of USD 200 Mn. The objective of the ERP implementation was to create One Nestle: that is “transforming the separate brands into one highly integrated company”. As an example, prior to implementation, it had 9 ledgers for customers.

However, nothing signified the diversity in Nestle US operations more than Vanilla. Vanilla was purchased with its 29 plants at 29 different rates from the same vendor. Each plant labelled Vanilla differently making it difficult for the headquarters to consolidate.  One plant may label Vanilla as 1234 the other one may label it as 7890. With no common negotiations, the vendor negotiated with each plant based on his assessment of what the plant would pay.

Non-uniform item codes also meant that it was difficult for headquarters to compare or benchmark manufacturing costs of different plants.

Despite the bumps, Nestle had realised savings of USD 325 Mn by 2002 itself. Most of the savings came from supply chain improvements.